fitlet-H built in a hardened enclosure around the 4.5W quad-core A10 Micro-6700T with Radeon™ R6 Graphics, clocked up to 2.2 GHz with up to 16 GB RAM, and provides more thermal headroom than other fitlet models. fitlet-H is suitable for harsh environments thanks to its passively cooled all-metal housing design.
fitlet-T is the most powerful version of fitlet computers, built in a hardened ribbed enclosure around even more powerful AMD GX-424CC device (25W TDP and clock speeds up to 2.4GHz) with Radeon R5E Graphics. 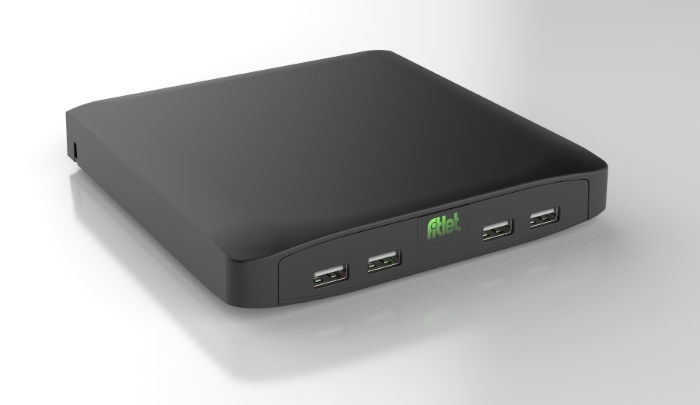 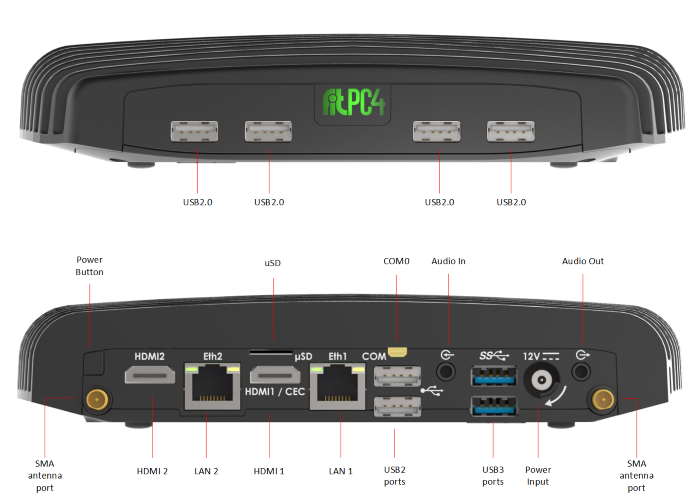